For so long, a program that protects around 800,000 young immigrants in the United States struggled. The Deferred Action for Childhood Arrivals or DACA was instigated to protect children who unlawfully entered the country. Over the years and through different administrations, the program received support, faced disputes, and has been halted.

Here’s what you need to know about the Deferred Action for Childhood Arrivals.

DACA was created back in August 2012 through an Executive Order made by President Barack Obama to protect young immigrants, who were unlawfully brought to the United States, from deportation. The protection DACA offers lasts for two years at a time and could be renewed.

The program does not grant DACA recipients, commonly referred to as Dreamers, official legal status. However, the program allows Dreamers to stay in the country and apply for a driver’s license, social security number, and work permit, giving them a level of protection.

This opens opportunities for young immigrants. By giving them the ability to work legally, they now have the opportunity to pay for their schooling, pursue higher education, and meet their needs. The coverage varies from state to state. In some, they are allowed to apply for driver’s licenses. In some, they can qualify for in-state tuition and state-funded educational grants. In others, they may qualify for subsidized health insurance. 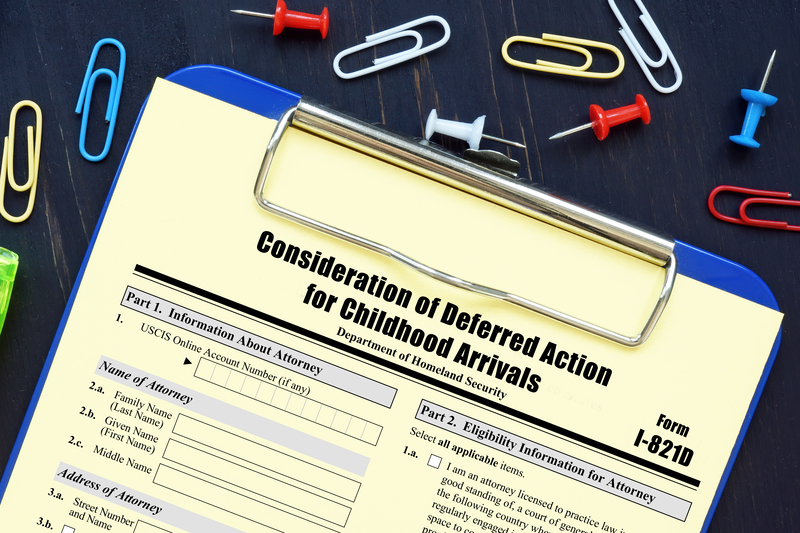 How to Apply for DACA

There are almost 1.8 million people eligible for DACA. So, who’s qualified to apply for the program? Applicants must meet the following requirements:

B. How to Apply for DACA

If you’re a first-time applicant, you’ll need to:

If you’re renewing your current DACA status, you’ll need to:

USCIS advises DACA recipients to file for renewal between 150-120 days before expiration.

Where does DACA stand now?

Last December 4, 2020, a federal judge ruled that first-time DACA applicants are permitted to apply. This is after President Trump stopped accepting new applications for the program.

In September 2017, the Trump Administration announced that it would start phasing out DACA. Several court cases were filed to oppose and prevent the full repeal of DACA. However, the administration was still able to put restrictions on the program, including reduction of the length time of the program from two years into one, rejection of all new DACA applications, among others.

In November 2020, Judge Nicholas Garaufis of the U.S. District Court in Brooklyn ruled that the Acting U.S. Department of Homeland Security (DHS) Chad Wolf was unlawfully appointed. Therefore, changes made in the DACA program were invalid. The Judge ordered for DACA to be fully reinstated, potentially allowing almost 300,000 undocumented immigrants eligible to apply once again.

Recent Updates from the Biden administration

On January 20, 2021, President Biden issued a memorandum reaffirming the federal government’s commitment to DACA. The memorandum states that “the Secretary of Homeland Security, in consultation with the Attorney General, shall take all actions he deems appropriate, consistent with applicable law, to preserve and fortify DACA.”

Though President Biden has repeatedly expressed support for DACA and the Dreamers, the program still faces legal disputes, including a case filed in Texas asking the judge to declare DACA unlawful.

To this day, DACA continues to operate as initially implemented in August 2012.